I remember a few years ago a rumor went around indicating that Quentin Tarantino was going to make his last film, and I’m sure we are all happy that the rumor never became a reality. I mean if it did, we would have definitely missed his vision on the big screen and I would not have been able to talk about his latest release ‘Once Upon A Time In Hollywood’. So to cut to the chase, Quentin Tarantino recently released his latest offering ‘Once Upon A Time In Hollywood’ starring Brad Pitt, Leonardo DiCaprio, Margot Robbie, Al Pacino, Dakota Fanning and Kurt Russel to name a few, joining a cast for a trip down memory lane into the golden age of Hollywood. The new film by Tarantino set in Los Angeles 1969, tells the story of a faded television actor Rick Dalton (Leonardo Di Caprio) and his stunt double (Brad Pitt), striving to achieve fame and success in Hollywood. The nostalgic film by Tarantino, brings across multiple story lines to honor the final days of Hollywood’s golden age. 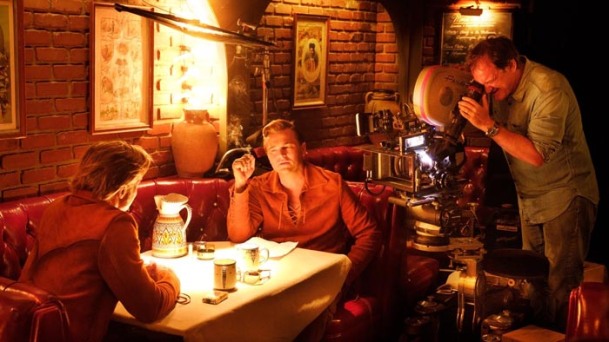 However, some sad moments took place before and after making the film, which consisted of the sudden and unexpected deaths of Luke Perry and Burt Reynolds. Before starting production, the ‘Boogie Nights’ star Burt Reynolds had been cast to play the role of  blind, aging George Spahn, a real-life character whose Western movie ranch became the Charles Manson cult’s headquarters before the killing sprees began. After meeting the  cast for a table read and a rehearsal with Brad Pitt, Burt Reynolds passed away from a sudden heart attack, getting replaced by Bruce Dern. ‘Beverly Hills 90210‘ star Luke Perry cast for the character of ‘Wayne Maunder’ an actor who played the role of Scott Lancer in the 1968 to 1970  TV show Lancer, completed his work on the film, but in March 2019 he suffered a massive stroke, which resulted in his death at 52. So to not stall any further check out the official trailer below…


The film officially releases in South Africa on the 30 August 2019 at Ster Kinekor and Numetro cinema, so don’t miss out!