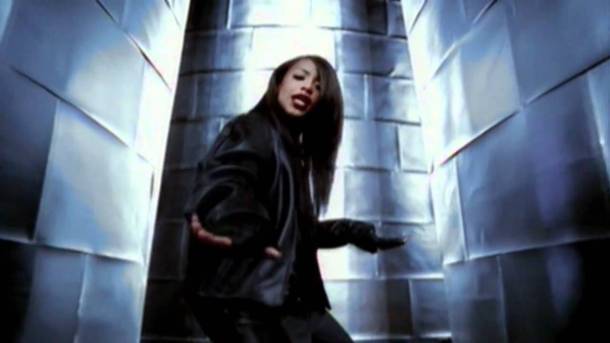 So to show respect and honour the life of Dana Haughton aka Aaliyah, we pay homage to an incredible artist who would have celebrated her 40th birthday on the 16th Jan 2019. It is a great loss for the music industry as Aaliyah proved that she really was ‘One in a million”. Signed to a recording contract at only 12 years old, Aaliyah became an overnight R&B sensation and named the Princess of R&B. At the height of her success, as everything was falling into place, she passed away in a tragic plane crash which ended her life at 22 years old, 25 August 2001. Aaliyah was an artist, actress and model, who we will always wonder, if she was still alive, what was yet to come from this big star.

Aaliyah was born January 16th, 1979, Brooklyn, New York, moving to Detroit with her family at the tender young age of five. Born in a musical family, she grew up singing with her mother and at only eleven years old, she opened up for her aunty Gladys Knight in Las Vegas. Her musical education stemmed from studying dance in the Fine and Performing Arts Academy at Detroit High School. At only fourteen years old, Aaliyah released her debut album ‘Age aint nothing but a number’ produced by acclaimed artist R. Kelly, which sold more than 1 million copies and eventually went double platinum.

Aaliyah – If Your Girl Only Knew

Aaliyah released her second album One in a Million in 1996, selling 2 million copies and launched the careers of producer-songwriter team, unknown figures Timbaland and Missy Elliott to stardom. Aaliyah started modeling for Tommy Hilfiger and took acting classes, leading to a starring role in Romeo Must Die (2000), as well as the role of Akasha in the film Queen of the Damned. She had also been cast for The Matrix sequels, which she had already started shooting on in LA.

Aaliyah – One in a million

Aaliyah was always about uplifting those around here as stated by Rolling Stone magazine:

“But no choice reveals more about Aaliyah’s adventurousness, self-confidence and world-class ears than her opting to work with Timbaland and Elliott long before their quirky, futuristic, highly textured, visual soul had become a dominant pop sound. “She was always trying to be the first to do something,” Hankerson says. “She never wanted to copy something that’s already been out.” “Tim and I were new producers,” says Elliott. “From day one, she had that much faith in our music that she treated us like we already sold 2 million records, when we hadn’t sold anything yet. She really helped make us what we are today.”- Rolling stone magazine

Aaliyah, released her third album in July, which was already gold when she flew to Abaco Island in the Bahamas to finish the video for “Rock the Boat,” directed by Hype Williams. On August 25th, she boarded a ten-seat twin-engine Cessna bound for Opa-Locka, Florida, with the pilot, Luis Morales III, and seven members of her crew: video-production director Douglas Kratz, bodyguard Scott Gallin, hairstylists Anthony Dodd, and Eric Forman, Blackground Records executive Gina Smith, makeup artist Christopher Maldonado, and friend Keeth Wallace. Less than a minute after it took off, the plane crashed just a few hundred feet from the runway. Aaliyah was one of six passengers dead at the scene, and 3 more died hours after.

“She really settled into her womanhood. Her parents gave her more freedom, and she took more control of her projects. She fell in love with Damon and that was it. She wanted to have a family, and we talked about how we couldn’t wait to kick back with our babies.” She prayed before every meal and before she went to bed. “God definitely must’ve needed an extra angel,” says Sean “Puffy” Combs. “A real strong angel.”

Aaliyah – Are You That Somebody

Aaliyah will definitely be missed, and we are left to wonder,  what was still to come from this young star who no doubt, was ahead of her time. All we can do is celebrate her memory  and let her legacy live on through her music.

Highlights and accomplishments throughout Aaliyah’s career

i-D, MAC Cosmetics and The Haughton Family present ‘A-Z of Aaliyah’, a modern homage to her music, dance, beauty and style

Keep up with Aaliyah’s memory on the platforms below

What was your favorite track by Aaliyah?